Drill Under Pristine Pines? At What Price? 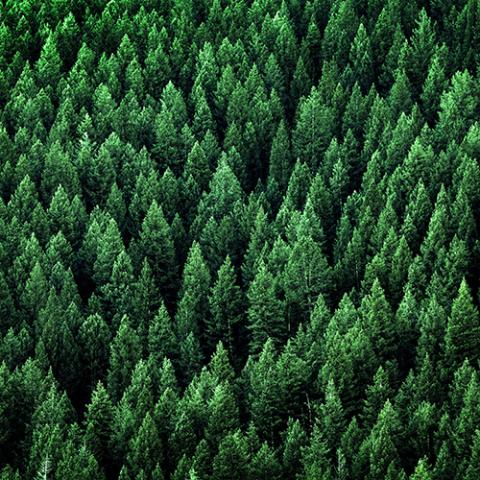 The article appearing on 7 August 2014 entitled “Oil Lease proposed under 400-year-old virgin pines”, set in motion the standard arguments of conservation versus free market capitalism. There are concerns that the 49 acres of old growth trees may be damaged or at least the pristine quietness of the area may be lost while drilling occurs.  On the other side the business folks roll their eyes in dismay about what the conservation folks don’t get about how the free market economy works!  And so the debate goes.  What ensues is good old fashioned organizing: each side gets their forces revved up to fight the battle.

My view is that we really need to change the question. Rather than "should we” or “should we not”, the real question should be “at what price?”  Over the past 10 years, the Michigan Department of Natural Resources reports, $750 million has been generated for the State from oil and gas leases, royalties and bonuses.  Our state constitution requires this money go to the Michigan State Parks Endowment Fund and the Game and Fish Protection Trust Fund. Nice to know we get a boost in perpetuity from this money.  But in reality the resources in the ground are an investment in our future and should be managed that way.  We should not be so quick to sell it off.  It is only going to get more valuable with time and my guess is we would be far better off to let its value grow while in the ground than selling it off now!  We could even decide to put a very high price on OUR oil.  Why not charge $250 per barrel and wait for the oil companies to decide when they want it.  There is plenty of private land with oil and gas under it to keep the oil companies busy for a very long time before they need to tap State land.  Kind of reminds me when I was a young man learning from my father about the value of money.  My father taught me that investing for the long term was a good thing.  Put some money in the bank and let it earn interest, and then when you really need it you will have it available.  Why can’t we do the same as a state with our natural resources that are in the ground?  Keep them there, they are appreciating every day.  But if someone wants them badly enough they can offer a higher price and we can decide.  There needs to be a much stronger debate: leaving this decision to a simple “Yes”/“No” is simply too short sighted and too tempting for those in current office to decide if they want to pump up the short term or not.

As I have taught MBA students at my alma mater, Cornell, business is about People, Planet AND Profit. Nearly every transaction in business is not simply one or the other, it is about all three.  Drilling into the commonly owned assets of the state is a business transaction.  In this case the DNR director is asked to protect the environment and make some money, but the decision to drill or not is being left up to the oil companies.  Instead there should be a mechanism that takes into account the long term value for the state and prices the oil under it accordingly.  It is too easy to simply count the royalties as “fair and sufficient” and be done with it.  This outdated system would benefit from a little updating to maximize the long term return to the people of the state and price properties differently.  Yes we will allow drilling under 400 year old trees, but not until the world truly needs it: the price for now would be $250 per barrel.  Do you still want it?

This op ed was written and appeared in the August 2014 edition of Bridge Magazine.  The issue of drilling is over, but the concept of creating market values for environments is still sound.