Culture … and things that matter 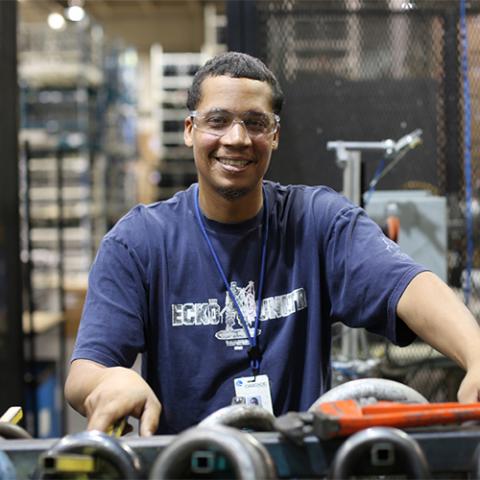 I was recently asked to address a group of 100 attorneys as they did their annual planning retreat. They wanted me to address the cultural elements at Cascade Engineering in hopes of stimulating their thinking about how they could improve their culture. I was flattered that they asked a manufacturer to address attorneys since these two types of organizations are quite different. I asked if I could include “… and things that matter” in the talk. Why? Because culture is so much more than the “rules of the road” in the organization. I consider culture to be how people in the organization interact with each other and how that interaction is observed from the outside. And the key to how people interact is the degree to which people feel comfortable talking about subjects that really matter to them.

When it comes to “things that matter” many leaders can feel like they just don’t want to go there! They just don’t want to have to deal with “sensitive” issues at work. After all, “work is work.” There may be a fear that if difficult subjects are talked about that people will be less productive or the situation might get contentious. Yet my observation is that people are very appreciative of the opportunity to talk about and work on solutions to difficult issues in an open and supportive way at work. One result? They are even more willing to support the culture and success of the organization.

Jane Dutton and Gretchen Spreitzer, University of Michigan’s Ross School of Business professors in the Center for Positive Organizations have concluded from their extensive research that there are many small things that impact an environment where individuals can thrive. Chief among these factors are cultures that are open and supportive. Others like Bill George former CEO of Medtronic have written about authenticity at work being key to well-being and productivity. Not being able to be authentic about what affects you daily prevents authenticity.

At Cascade Engineering, we started with a program in the 1990s that supported people moving from poverty to a steady well-paying career at our factories in Grand Rapids, Michigan. We worked for years to figure out how to do this successfully and concluded that the best solution was for us to provide support for people leaving poverty as opposed to judging them.

Of the many items we did to provide that support, one was educating our supervisors about how difficult it is to live in poverty. Through poverty simulation exercises they learned that paying for groceries, clothing, car payments, rent, getting to appointments with their state case worker, getting kids to school often as a single parent, was a daunting task. One supervisor remarked after completing the exercise “I thought I did pretty good until they told me I forgot to feed my kids!”

We ended up incorporating a state social worker in our program of support that actually had an office in our factories. We found that by supporting welfare folks as they transitioned to a job requiring daily attendance, new skills and being an effective problem solver was not only good for the person leaving welfare, but for our culture as well.

When we moved to becoming an “anti-racism” organization in 2010, it was not without some questioning looks. We had active diversity and inclusion work going on in the organization for years, but we wanted to advance the effort to new levels as we realized that our efforts while good, were not yet rising to the level of widespread understanding that racial tensions are not only real but a daily struggle for people of color. Little did we know at the time that this issue would become so dominant on the national scene in just a few short years. By making this issue a part of what we talk about at work, we find that people of color feel more supported, and many throughout the organization gain a new appreciation of the issues faced daily by people of color.

Among the many projects we have done, one of the most impactful was when we brought in a traveling version of the Jim Crow Museum at Ferris State University into our main office area. We had about 200 items at our offices out of the 20,000 items in the Ferris State Museum, from Aunt Jemima Cookie jars to photos of lynchings. Many of these objects are available at flea markets today and other objects come from generations past.

This demonstrated our commitment as an organization that we are serious about dealing with tough subjects. And the dialogue that ensued encouraged deep understanding of the hurt and pain suffered daily. This project brought to life our anti-racism policy statement that can be viewed here. The organization learned that dealing with difficult subjects didn’t cause our culture to collapse, rather it enriched it.

Later when we formalized our program of supporting people who have been involved in the criminal justice system, the program barely got a notice. The culture was understanding of our desire to make sure “every person knows they are valued… as a human being and for the work they do.” We have many folks in our organization who made a mistake, paid their dues to society and are now very appreciative of the opportunity provided them and are deeply committed to making Cascade successful.

Having a culture that thrives, doesn’t happen as a result of speeches or slogans. Rather a culture that supports individual thriving happens because of a consistent demonstration of caring for and supporting employees. My observation is that programs that focus on “the right thing to do” demonstrate the kind of authentic caring that encourages support by everyone in the organization.

Culture is an incredibly complex web of interactions that shape the way people feel about their workplace and about themselves. As leaders we can’t control culture, but we can influence it. In my opinion the key is to adopt cultural elements that are the right thing to do, period. Many business leaders would like to analyze the move first to make sure anything that is done will be a money maker. I can’t point to bottom line improvement as a result of these programs, but I can feel it as I walk through the factories and offices. In my experience cultures that enable people to thrive, happen as a result of allowing and encouraging people throughout the organization to deal with “things that matter.” The result? People thrive. And the business thrives as well.